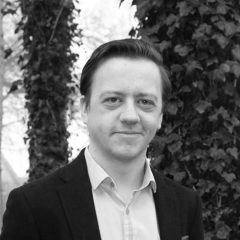 There are four types of people in Britain: those who drink tea, those who drink coffee, those who like both and those who like neither (though members of this group are regarded as dangerously insane and to be avoided at all costs). As the first kind of person and a born-and-bred Briton, much of my life is predicated on the drinking of tea. That is, English tea, with a splash of milk but no sugar, thank you – the biscuit or cake that I will almost certainly eat with it is sweet enough already. In the UK, tea is so ubiquitous and so easy to come by that it’s almost impossible to imagine it suddenly not being available, or somehow different to what you’ve always known. Even after the coffee shop boom, with big-name franchises spreading across the country and smaller, hipster-friendly independent boutiques cropping up to compete for their customers, good old-fashioned tea has remained a constant on the menu board above the counter.


I imagine I speak for a few million people when I say that tea has always been there, in good times and bad, in every season, on any occasion. Indeed, I remember the very day that I had the most satisfying, most welcome cup of tea of my life. Long story short, it was on the coldest day of the year 2004 in the UK, after I had walked home, through a blizzard, from playing football with some friends. No sooner had I collapsed into a dining room chair than my mum ushered a steaming mug into my grateful hands. I distinctly remember that it wasn’t quite full and was a bit darker than I’d usually have it – my mum had only just gotten home from grocery shopping and, rather than take the time to refill the kettle and locate the new milk, quickly made use of the remainder of what was in the kettle and fridge already. From the first life-affirming sip to the last, it was absolutely glorious.

It was made abundantly clear to me from early on in my visits here that the Netherlands is very much a coffee-drinking country, and that tea is seen very differently to in the UK. The third time I met my partner’s parents, for example, was especially illuminating. In retrospect, I suppose I should have taken the fact that her father owns a coffee business as something of a hint; as if trying to make a good impression on beverage-neutral parents wasn’t intimidating enough, her mother casually informed me that, “In the Netherlands, only sissies drink tea.” Standing there with a freshly-brewed cup in my hand, I could only wonder what she would say if she saw me putting milk in it.

Fortunately, my first day working at Translavic provided a clue to that particular mystery. Of course, the subject of beverage preference came up almost as soon as I set foot in the office, but having been burned on that topic before, I decided to go for humour and shared the above anecdote with my colleague. It went well – we had a bit of a laugh about it as I happily made a cup for myself, safe in the knowledge that my masculinity was indeed intact – until she (quite matter-of-factly) said that, “In the Netherlands, only small children have milk in their tea,” and laughed some more. As I stirred my freshly-milked brew, I took solace in the fact that even in this strange land, tea was still my constant companion. As I looked up again in a defiant attempt to save face and chuckle along with her, I couldn’t help but notice the look in her eye that said, “you little sissy.” Wonderful.


Emasculation is one thing, but nothing could have prepared me for what I was to experience one fateful evening at an otherwise delightful wok restaurant with my partner’s family. Sometimes after a hearty meal I like to sip away at a cup of tea and enjoy a post-feast conversation, as I am sure many do. Turning to the waiter – whose blank notepad betrayed the exceptional memory he must have possessed in order to remember the order of five coffees – I requested, in my best Dutch, “een Engelse thee met melk, alsjeblieft.” The look on his face could best be described as mildly shocked as he graciously made sure that I wanted tea – “ja, met melk alsjeblieft” – before scribbling on his notepad.

The moment the waiter returned from the kitchen and placed our drinks before us was the moment that I realised that this one small pleasure – an after-dinner tea – will never be the same for me now that I live away from Britain. It was my constant companion no more, and in that moment, I experienced what I have come to realise is the kind of existential dread that is uniquely associated with being served Earl Grey tea and coffee milk. Looking back now, I can at least pretend that the waiter was aware that both I and Earl Grey have roots in North East England.

The old cliché says that you don’t know what you’ve got until it’s gone, but thankfully, I can still enjoy the infinite pleasures of English tea while I’m at home or the office. For this Englishman in Twente, life will never be the same, so I’ll be sure to keep a hold of the things I cherish the most as I move forward with it.