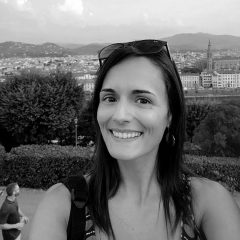 Andreia graduated in Modern Languages and Literatures (Portuguese and English Studies) in 2006, specializing in translation from English to European Portuguese. Before having an opportunity to debut her translator career, she taught English in two primary schools. During that time, she applied and was selected for a Translation Traineeship at the European Commission’s Directorate-General for Translation in Brussels. That 5 months’ experience opened the translation world for her and she never stopped translating since. After almost 3 years of working in-house for a translation company, she decided it was time to launch her freelance career and, according to her, it was the best decision she ever made. Since then, Andreia added Spanish and French to her working languages and now specializes in EU affairs and Medicine/Pharmacology. Andreia has been working with the Translavic team on a regular basis since 2012. In her free time, she enjoys hitting the gym to stay active, travelling all over the world and going to the beach to enjoy Portugal’s sunny weather.