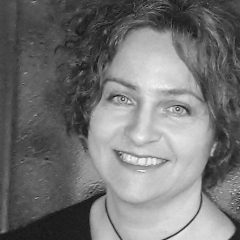 Anna is a natural born translator. She clearly understands that translation is essentially mediation between cultures, and this is what she has been practising every day since 1997 as a full time freelance translator. She has been cooperating with Translavic since 2012 and enjoys the collaboration with the staff and their tools very much.

Her studies were primarily political (Political Sciences) at the Public University in Milan, then she kindled such a strong passion for languages that she started a new course of studies – Translation. She graduated from the University of Turin as a pure translator from French and English into Italian. Her areas of expertise are any kinds of European Union matters and summaries of EU legislation, which she has been translating since 2008. Thanks to her father, who was a notary, she also has a good understanding of “Legalese” – the language spoken in contracts and deeds.