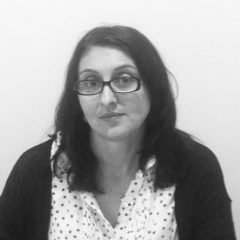 Asya graduated from the University of Veliko Tarnovo in Bulgaria, specialising in English. She completed a postgraduate degree in Marketing at the same university. After finishing her studies, she worked for several years at an international textile company, where she applied her language skills and gained valuable experience in the field of international business. Later she became an in-house translator at a government institution, where she broadened her knowledge in EU affairs. In 2008, after relocating to the United Kingdom with her family, she took the plunge to establish herself as a freelance translator and reviser. Asya’s mother tongue is Bulgarian and she speaks English fluently. Asya has been collaborating with Translavic since 2014, and has worked on a variety of projects, mainly related to the EU.