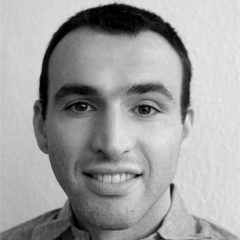 Enrico graduated from the University of Padova in 2008 with a bachelor’s degree in Modern Literatures, Languages and Cultures (English and Spanish) and subsequently found his way through two language-related master’s degrees. He has lived in 10 different cities worldwide and speaks five languages, four of which he uses daily in his translation jobs. Since 2013, he has been working as a freelance translator, and has happily and steadily been a part of the Translavic team since 2016. Enrico has translated and published two Argentinian novels from Spanish to Italian, but now works mostly in the marketing, tourism and legal fields, with a particular specialism in European Union content. When at home, he spends his free time reading books, listening to music, writing short stories and watching underground movies. He now lives in sunny, beautiful Lisbon and, as an outdoors fanatic, spends his spare time surfing, rock climbing, riding his bicycle and chasing new landscapes and cultures together with his best friend – his van.