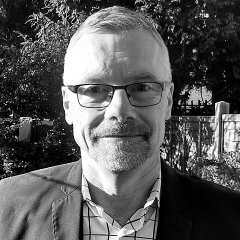 With a master’s degree in economics and a bachelor’s degree in translation under his belt and following a career as an economic researcher, policy officer and editorial designer, Hans has been working as a freelance translator English – Dutch for five years now. Much of his translation work comprises articles for the Dutch financial newspaper Het Financieele Dagblad and, via Translavic, EU-related texts that are intended for professionals and interested citizens. Hans gladly works with fellow translators to guarantee high quality and continuity. Over the years, he has built long-term relationships with most of his customers. He regularly translates for charitable organisations for an appropriate rate.

Hans’ motto is ‘Your story is worth telling’. He delivers well-written texts and conducts business in a socially responsible, honest and solution-oriented manner. He has a passion for languages and speaks and understands a number of West European languages. His linguistic talent also extends to grasping some Swahili and Mandarin. Hans is currently associated with the NGTV (Netherlands Association of Interpreters and Translators) in his capacity as editor on the association’s magazine, the Linguaan.