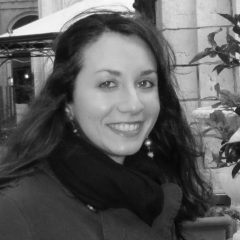 After completing her BA (Hons) in English with Italian, Miriam did a Postgraduate Diploma course in Translation at the University of Malta in 2009. Soon after, she started taking regular jobs as a freelancer, before being employed as a Project Manager and in-house translator. She has been working in the translation industry for the past six years now. After completing her studies, she also did courses in French and German, which have enabled her to add these to her source languages, and she is currently studying Spanish.
In 2013, she was given the exciting opportunity of working as a translator with the European Parliament in Luxembourg for a year, before returning to Malta to work as a full-time freelancer.
Professionally, her interests centre around language and literature. In her free time, she enjoys literature, rock climbing, swimming, hiking and travelling.