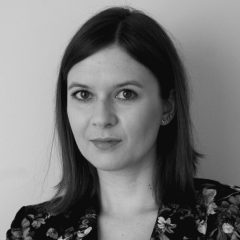 Developing intercultural sensitivity has become of critical importance as different societies create and maintain increasing cultural, economic, political and social relationships across the national borders. This aspect is even more significant in the case of linguistic sensitivity, considering that in many cases it is translation that works as a communication enabler for international stakeholders. As an independent, ISO 17100 certified language service provider with a strong focus on quality, Translavic has always been particularly sensitive to the nuances of language.

Over the years, Translavic has trained linguists to adapt the style and tone of their translations to better suit the specific content type and target audience. At the same time, the company pays a lot of attention to the linguistic background of the translators and revisers: the linguists not only hold a relevant degree in translation or languages, but also are native speakers of the language, living preferably in their country of origin. This is particularly important due to the fact that, thanks to a continuous connection with their mother tongue, the linguists do not lose the fluency and style of their language. They are also able to keep up with all the developments in the language, be on top of emerging cultural phenomena reflected in the language (like vivid slang, seasonal internet memes or pop-cultural references) and to tailor their target translation better to all kinds of audiences.

Linguistic sensitivity also involves a couple of aspects of national and transnational communication, such as: regional differences within the same language, rapid developments of the (especially informal) language and differences among written and spoken language. These are a few general examples, but it would be useful to give a couple of real-life cases that would explain even better the importance of working with native speakers and being strongly detail-oriented.

A good example of just how important it is to acknowledge local differences within one language is what used to be called the Serbo-Croatian language in the Western Balkans area. The language that once united Yugoslavia has, just like the country, ceased to exist. Instead, it now has four names: Bosnian, Croatian Montenegrin and Serbian, (BCMS). Although BCMS is easily understood throughout the entire region, there are some differences that need to be observed not only for the sake of linguistic correctness, but also due to reasons of political and national identity.

The most obvious difference is the use of different scripts. Bosnian and Montenegrin officially use both the Latin and Cyrillic scripts while Croatian uses the Latin alphabet exclusively. Serbian uses both the Cyrillic and Latin scripts, with the former being the official script of the country’s administration, and the latter most commonly used in media, especially on the internet.

The subtleness of the differences and similarities in these languages can easily be noticed by looking at some of the example words below:

There are numerous other distinctions that relate to orthography, phonemes, accentuation, phonetics or syntax. There are also differences relating to slang, certain idioms and popular and cultural references that need to be carefully localised, meaning that only a team composed of linguists speaking one of the local variants natively can properly ensure a quality translation appropriate for the local audience.

A couple of very interesting examples can also be found in Belorussian: this language has two spelling systems: a standard variant (“narkamauka”) and a classical variant (“tarashkievica”). The variant “tarashkievica ” is used by foreign opposition publications, but the main population of the country refers to this trend negatively. The situation grows even more (linguistically and politically) complicated when we realise that some inexperienced (and often non-native) translators, while creating target texts in Belorussian, tend to overuse Russian words with a similar spelling. In many cases, these words in Belorussian have a different meaning, sometimes even diametrically opposed. A couple of examples are set out here:

Certain particularities of the nature of the language can be pointed out due to the turbulent past of a certain nationality or ethnic group. A very good example of such a case is Armenian. There are two dialects in Armenian – Eastern and Western. Eastern Armenian is the official language of Armenia and is widely spoken by its population. However, Western Armenian is spoken by the Armenian diaspora living in the United States, Europe or Middle Eastern countries. Both versions can be mutually understandable and share the same alphabet, though grammar, spelling and sentence structure etc. are different to a certain extent. This may cause difficulties for a non-native speaker of both versions of the Armenian language to create a coherent target text.

To sum up, translations should be performed by experienced and qualified translators, ideally native speakers of their languages. These professionals are most likely to grasp the nuances of their languages and reflect them in the target texts. However, the translator’s job is a lifelong work in progress. The linguists should maintain an up-to-date knowledge and perception of the target language and culture, and the most current agenda (let’s not forget that languages are a very dynamic matter – just to give an example, with the standardisation of the young language Montenegrin in 2007, two new letters were added to the Montenegrin alphabet. They are Ś and Ź, and even though they are scarcely used, they form part of the official language).

As the messengers of science, law, art and trade, translators must have the skills to observe and analyse the social environment and current discourses of various sectors. An innocent metaphor that is loosely translated may be perceived very negatively by the target audience. A financial figure that is not proofread properly may place an influential person or company in a bad light and cause several misunderstandings. The lack of correct punctuation may ridicule the message of a serious, official text. Translavic, as a language service provider, makes it clear that, from texts with complex legal or technical content to playful and creative marketing materials, all translations should be handled by professional, specialised linguists, with the texts undergoing a series of quality assurance processes to ensure an impeccable output.

Marta, project manager at Translavic, wrote this article on language sensitivities with help of the input received from external linguists. She thanks the linguists who contributed to this piece: Guzide, Selda, Ermal, Olga, Sladjana and Anna.